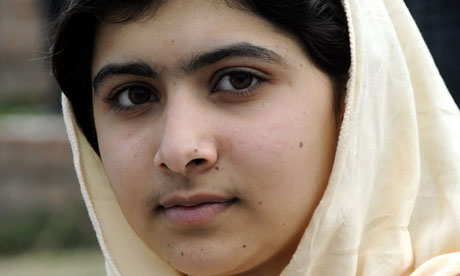 Malala Yousafzai is a young Pakistani girl famous for championing a female’s right to receive an education in the NW Tribal Provinces. While our project was developing, she was shot in the head by the Taliban (and miraculously survived) for speaking out against the repressive tactics that prohibited girls from going to school. Malala was devoted to receiving a well-rounded education despite an absence of educational infrastructure in her region, at times even dressing up as a boy so she would not be accosted on her way to class. It was for this reason that we formally dedicate the project in her name. We hope to use her passion and conviction as inspiration for the children to live the life they imagine.

Update: In 2017, we were able to re-open the school, after it shut down due to verbal and physical threats from whom we will only call ‘thugs.’

You may donate to our school, which is run completely by volunteers, at this link. Thank you for your support!

Please read about our opening campaign here:
Reopening the School

Young girls in Pakistan face a difficult life. They live in an environment where international agencies estimate only 1 out of 10 of their female companions are literate, and about half of all children stay home from school to help their family work or take care of younger siblings. This is a panorama of life in rural Pakistan, whether it be in the Indus River plains to the West, or the unforgiving Hindu Kush mountains in the North.

A variety of limiting factors contribute to this problem for girls living in the country: feudal, patriarchal societal structures, expectations and stereotyping in gender roles, traditional systems maintained by a public / private divide, and an absence of appropriate responses to alleviate the crisis (Saeeda Shah, “Girl Education in Rural Pakistan”). The amount of work expected from children in poorer and larger families is substantially heavier than in more well-to-do households, and so work interferes with their ability to study.

Worse yet, around 60% of girls are forbidden to walk to school alone and some are forbidden to receive any education due to religious restrictions. This arises out of an egregious misinterpretation of Islamic scripture. The majority faith, Islam, like all religions, encourages both genders to receive an education. While males have an advantage in educational access, around 30% of all Pakistani males of literate age (that’s 24 million people over the age 0f 10) still cannot read or write.

The Malala Educational Project was conceived by  Mariam Harold, sister to Peace Ambassadors Pakistan’s founder, after she dreamt of her brother Inderias Bhatti (who had recently passed away) teaching children how to read in a brilliantly white room. Mariam, in addition to the Bhatti family who form the organizational core of PAP, has dedicated her life to make this school a realization.

We can proudly announce that, starting in October 2012, a school for 40 students, composed of children living in the countryside and female housemaids, opened in Lahore. The children all live in a small rural community just West of Lahore. Much of our budget was generously donated to by the family of Dennis Brown, from the Unitarian Universalist  community of Arlington, Massachusetts. Thank you Dennis! We are still in the midst of this six-month project, with under two months to go until the children take their final exams! We feel elated, inspired, and humbled that the school is up and running. Isn’t it amazing what one simple dream can turn into?

We have hired 5 female teachers to teach basic reading and writing skills in Urdu and English, in addition to mathematics and drawing, to the children, who receive 2-3 hours of school five times a week. Just under half of the children are girls, and they are taught together in one class with the boys. The housemaids, who have been forced to work at poverty wages to support their families due to a lack of education, receive instruction for an hour a day in social issues and current events, in addition to reading and writing in both languages. Many families are uncomfortable with their daughters being taught by male teachers, which is why having female instructors is so important.

Each day begins with the children being picked up by the six housemaids on the outskirts of Lahore, and they drive together to the classroom hall we have rented in the center of the city. Due to increased security concerns regarding religious extremists’ attacks on schools, we have hired a security guard to keep the students and staff members safe on school grounds.

We can say with confidence that the children absolutely love going to school, and we love having them around every day. There will be a field trip and a celebration at the end of the term in April to commemorate their achievement, so stay tuned!